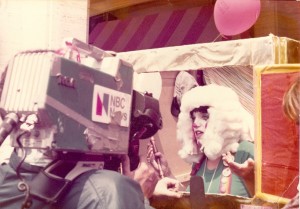 My first “job”, summers during my years as a Semiotics major at Brown University, involved wearing clown makeup and standing in a cardboard box on the corner of 5th Avenue and 53rd Street in New York City, where I entertained passersby on a wooden flute as New York’s “Human Jukebox”.

I earned thousands of dollars per summer, one quarter and one smile at a time. Thus began my love affair with entrepreneurship.

Still, I couldn’t resist trading in my street corner for a corner office to join the corporate world as a copywriter at Young & Rubicam, one of the world’s most renowned advertising agencies. Its “Mad Men” glory days were waning, but it was still jam-packed with brilliant, creative people, and I got a great education from the remnants of the Old Guard on how to blend strategy and creativity to burnish our clients’ images and sell their product. 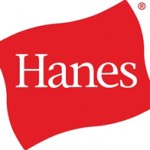 And what clients they were. Dr Pepper, The National Urban League, KFC, Johnson & Johnson, Colgate-Palmolive, New York Telephone (which became NYNEX when Ma Bell broke up). Later, at other agencies such as LINTAS:New York, I won new business pitches that brought in clients like IBM. And in the early 1990’s I helped create the “Wait’ll We Get Our Hanes on You” campaign, that changed America’s white underwear forever. Most of all, I learned how to zero in on the essence of any product or brand and express it in a memorable, intelligent and, if it was called for, sometimes a silly way. (I was a street clown after all.) I became known as someone who “got it” right away, whether the assignment was detergent or desktop workstations.

Then I got the amazing, life-changing opportunity to work in the Paris office of Lintas, where I worked on IBM and Unilever brands for Europe. The overseas stint was supposed to last for 3 months. In reality, it went on a little longer (I stayed for 11 years).

While there, after my agency merged, I used my new-found freedom to explore other creative talents. I painted and sold watercolors. I wrote my first feature screenplay. Travelling, I sang in English cathedrals, the Spoleto festival and in Beijing’s Forbidden City with a chorus of 300. Hearkening back to my street performer days, I even did a stint at Paris Disneyland.

Returning to the US in 2004(I went to LA instead of back to New York because my screenplay had won some awards and my new Hollywood manager urged me to come west), I reclaimed my entrepreneurial beginnings and set up my freelance business.

I discovered that most of my clients, corporate and entrepreneurs alike, didn’t just need a clever writer, but someone who could help them come up with an entire communication strategy. In essence I became not only their copywriter but their account executive, media planner and creative director as well. I found that I adore enjoying my freedom and using my creative gifts to help others make the most of their talents and  achieve their freedom too.

And that’s where I am now. I want to help YOU craft a message that helps you stand out from a sea of me-too competitors as I did for Hanes or that evokes the intelligence and innovation of an IBM. I want to help you use the amazing tools, technology and media available to us all today to build your list of loyal customers, make you and your brand a household name, and make your products and programs the obvious choice to your clients.

I’m also an author/contributor in several inspirational books, including Happiness Awaits You, Contagious Optimism (Viva Press scheduled for January 2013), Ready, Aim, Captivate with Deepak Chopra and others, and my own book for creative multi-talented entrepreneurs due out in Spring 2013 The DaVinci Dilemma™ – How Multi-Talented People can Get Focused, Get More Done and Get More Joy Out of Life