The #1 New Habit To Transform Your Business and Life 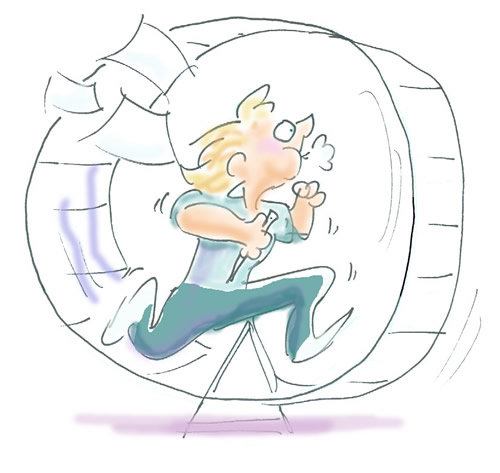 It’s the new year, so it’s normal to take stock and think of habits we want to change. If we’re honest… they’re usually the same habits every year. Eat less. Exercise more. Meditate daily. Get consistent with marketing or sales.

There’s a good reason why we have to keep resolving to adopt these new habits over and over. They’re HARD. They’re painful. Their long-term rewards are in the hazy future.

But I’ve found one habit – that admittedly I’m still getting the hang of – that is actually easy, do-able for absolutely anyone regardless of skill or intelligence, and gives an incredible, unreasonable and immediate return on investment.

That is the habit of being — and delivering — early.

If you’re like me (and most entrepreneurs and creators) you “work best under pressure” and thrive on racing a deadline. However, what if you tried, just for a week or a month, doing things NOW, before you really have to? And maybe actually being early (rather than in the nick of time or just a little late) with whatever it is you are doing?

I hear you. Ugh. Sounds boring, right? And way too simple. Yet, look at all these amazing benefits: 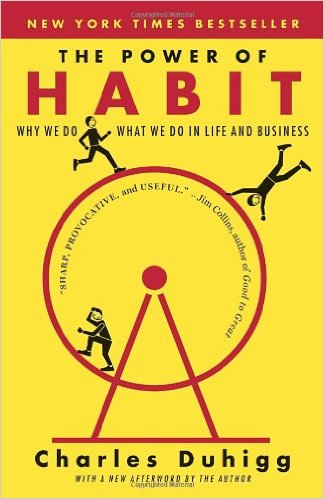 In his fascinating book The Power of Habit: Why We Do What We Do in Life and Business, Charles Duhigg explains that by creating one positive habit, we make it easier to create even more because we’ve sent a message to ourselves that standards have been raised. You’ve probably noticed this domino effect already. When you are eating healthy, you’re more likely to want to exercise more or declutter, almost automatically, because you’re “on a roll”. Unfortunately, it works in the other direction too. If you are sloppy with your diet, your car is probably a mess and your couch cushions are likely littered with potato chip crumbs. According to Duhigg, this is why the adage “The way you do one thing is the way you do everything” is very true.

So by changing just one small, easier-to-change habit, (for me, swapping my last-minute-itis for being early) you are starting a trend that could dramatically improve everything! What a deal! Note: this is NOT the same as trying to keep a whole list of new resolutions all at once, which is pretty much a guarantee we’ll be having the same conversation this time next year.

How to Be Early

To those of use to whom this particular behavior does NOT come naturally, a few pointers I’ve found to be helpful so far:

Don’t overpromise. We optimists tend to underestimate the time it will take to get to the meeting, complete the project, etc. and we try to get approval and praise in the moment by promising the best case scenario to others. Then we have to scramble to keep our promises. Why not make it easy to win? In reality, your client has no idea how long something takes. So, lower the bar and add in at least 20% to your estimate before telling your client when you can have the work done, the quote delivered, etc. Then you have a good chance of delivering early and getting unreasonable kudos for the exact same work.

Decide what you will do with “extra” time. If you’re one of those who always tries to squeeze in one extra thing before leaving the house, or hates being early because it feels like a waste or you hate waiting, have a list of things you will do with any downtime. With smartphones there is no excuse for worrying there won’t be anything to occupy your time! I like to bring a book or my journal with me. If you are answering email, just do it when you get where you are going. In the case of finishing a project early, you could start on something else, or –gasp – actually relax with the extra time.

“Trick” yourself. This only works if your memory is a little flaky (otherwise you’ll override it) but actually put in your calendar a start time or a due date that is earlier than the “real” one.

Affirm your new identity. I am not a huge fan of affirmations, because they set off my B.S. meter, but for habits they can really work, and might even be a necessity for success. For example, you’ll never be able to diet successfully if your unconscious affirmation is “I can’t resist chocolate” or “I’m a big eater.” Same with “I work best under pressure” or “I’m always a little late.” So start saying, “I deliver early because I love wowing my clients.” Or “I get everywhere 15 minutes early and have time to relax and center myself.” Once you’ve actually done it a couple of times, your brain will agree that it is true. Then you’ll naturally want to keep doing things in line with your new identity. It’s a lot easier to work with your subconscious than against it!

Wish me luck, grab this great book and let me know how it goes for you!